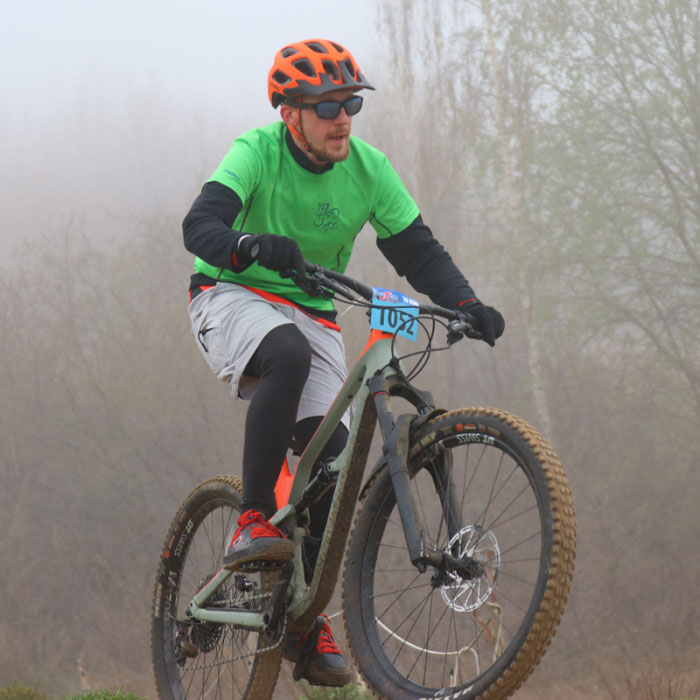 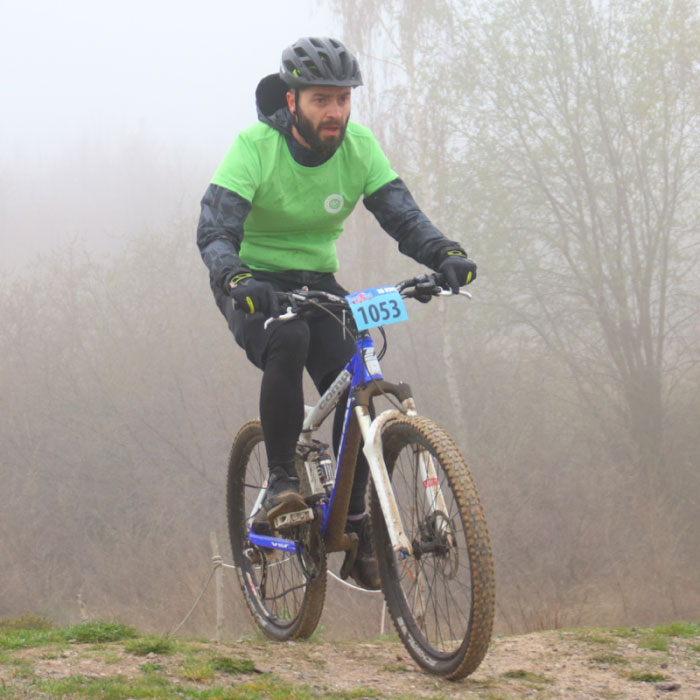 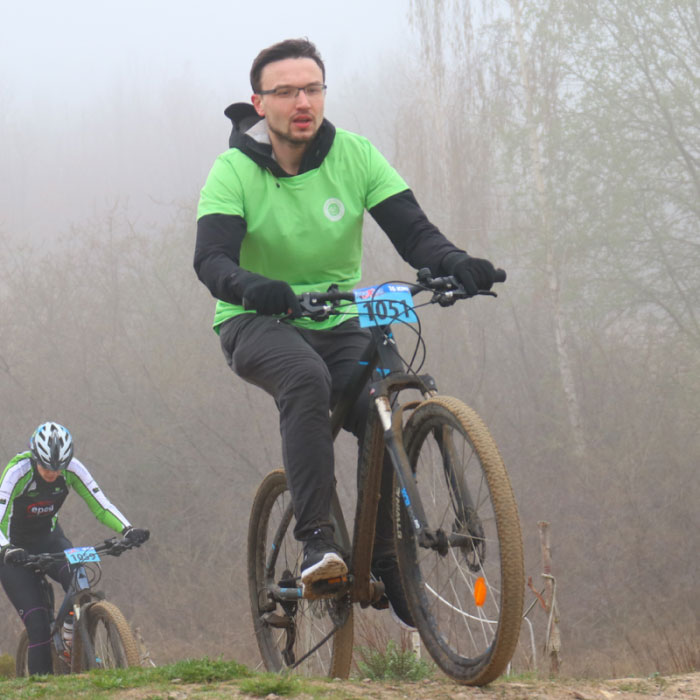 A far cry from mass events like the company run; a small group of three employees set out in competition gear to compete in one of the toughest mountain bike races in the region on their off-road bikes. As the Spartans were to the Greeks, they are considered the most hardcore cyclists in the corporate family. They were the only riders equipped to compete in the brutal test of the MTB TROPHY 2019 held in the Neuseenland region.

The events as reported by one of the participants:

When we lined up at the start, we were worried about finishing in last place given the superior hardware and software around us, but deep down we wanted to spring a surprise as underdogs. And of course, that’s what we did.

At the first small pile-up, just 600 m into the race, we deftly weaved around the first fallen and took the lead with slightly over 30 other participants. In the second half of the first lap around Lake Schladitz, a serious defect on one of our mountain bikes almost brought our race to an abrupt end. But the dramatic “leave me here…” look on the face of my colleague convinced me in a split second to fight on. And that’s what happened.

I have no memory of the second lap because I went into a sort of effort-induced trance. It wasn’t until just before the finish that I came back into the moment, took a look behind me and was relieved to see that there was no competition in sight. I had the presence of mind to retract my telescopic seatpost completely and cross the finish line in as relaxed a way as possible, not forgetting to high-five the commentator, of course.

Summary As is so often the case, the sporting event has had benefits beyond the health aspects. Once again, we have formed a successful team that hopes to compete in even greater numbers next year.